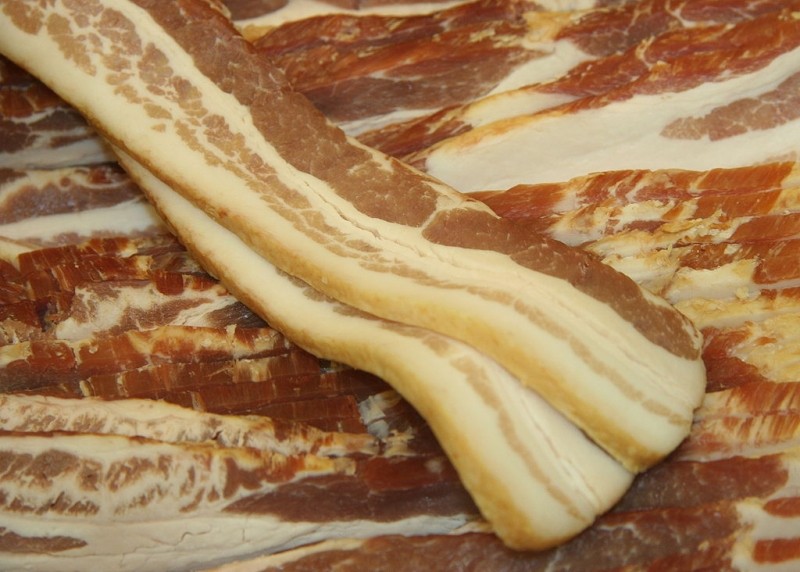 To bacon or not to bacon… that is the question. America’s favorite “pig out” food has really proven itself, with a broad range of health benefits that no one saw coming! At one time, it seemed to make sense to avoid eating fatty meats in order to lose weight, but science has since shown us that eating high-fat foods like bacon are actually healthier than previously thought. See why you shouldn’t feel guilty about indulging in your bacon and all the health benefits of bacon you’ll reap by doing so!

Bacon has been labeled for years as having all kinds of bad fat content. As it turns out these facts couldn’t be more wrong! In actuality, bacon is very high in protein and low in carbs, with less cholesterol than most chicken and beef. Surprisingly, it even has more protein than fish! It also has the ability to really indulge our appetite and make us feel fuller faster. Since it boosts the metabolism, it is an ideal food if you’re looking to lose weight or build strong, lean muscles.

Vitamins and minerals are crucial to feeling and living well, and luckily bacon is packed with both! It has a surprising amount of B Vitamins including Riboflavin, Niacin, Thiamin, and Vitamins B12 and B6. Getting your B’s in through diet is super important for keeping your immune and detoxification system in tip-top shape! By consuming bacon, you’re also improving your Iron, Magnesium, and Phosphorus mineral levels.

Bacon has totally gotten a bad rap, having been labeled as the leading cause of heart disease for ages. Several studies show that the Omega-3 Fatty Acids in bacon actually heal and protect our hearts against heart problems. Bacon is arguably a better source of Omega-3’s than fish since fish so often harbor mercury and other heavy metals in addition to their heart-healthy fatty acids. More heart-healthy benefits of bacon include reduced inflammation, improved circulation, prevents heart disease and lowers cholesterol.

Bacon On Your Brain

Want to be smarter? Make sure you’re eating bacon regularly then because it’s been proven to improve memory and increase intelligence! Bacon consumption has also been shown to aid the effects of many chronic mental impairments, including Alzheimer’s Disease. So if want to improve your brain power, whether you’re just a kid or Senior status, bacon is the way to go!