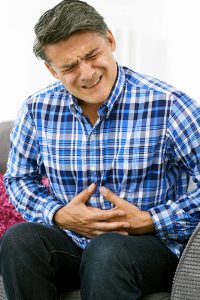 The “gut feeling” has been a common way to reason about a decision long before researchers became aware of a separate nervous system called the enteric nervous system. Often described as a “feeling in the pit of the stomach,” the gut feeling has been used as an explanation for a specific decision when it is not just the logical reasoning that occurs in the brain. However, what a gut feeling could imply is the processing of information not only through the brain but the nervous system that is built around a complex microbiome of beneficial bacteria in the gut.

The connection behind the brain and the gut are currently a greater mystery than people are led to believe. In fact, a study published in PLOS Biology further backs up the link in a general research sense. In the article titled Commensal Bacteria and Essential Amino Acids Control Food Choice Behavior and Reproduction, scientists from Portugal and Australia used fruit flies as test subjects for behaviors related to probiotics and nutrients.

It is important to understand why fruit flies were used. They have much less species of bacteria found in their guts assisting with digestion when compared to a human’s hundreds of different species. This allows for researchers to develop a baseline for the impacts that a particular bacteria could have on a fruit fly’s behavior. Compare it to only being able to eat five or six different meals or thousands of combinations of food. Researchers limited the kinds of food sources to change the nutritional makeup of their diet. This altered the populations of beneficial bacteria as some have less of a purpose in the gut and had nothing to digest. This created microbiomes that were heavy in one particular bacterial species or another. Researchers then observed the behaviors of the fruit flies.

The results are fascinating, and paint a picture of a system that is dramatically impacted by gut bacteria. Fruit flies consumption of essential amino acids and presence of probiotics “are potent modulators of feeding decisions and reproductive output.” This indicates that when certain nutrients are lacking in the fruit flies, their decisions to feed on specific foods are influenced by that nutrient lack. In fact, the lack of a nutrient can alter the fruit fly’s bodily needs for that nutrient. So, the fruit fly becomes less dependent on the lacking nutrient and works with the other nutrients that are available. What is also interesting is that, in a nutrient deficient diet, the beneficial bacteria present in the fruit fly’s gut seemed to buffer their reproductive rate. Even though they lacked the suspected nutrition needed to reproduce, the bacteria were acting a rescue system, contributing to the fruit fly’s reproduction.

This kind of research is only good for finding the right questions; does a lack of nutrients dictate what cravings a human has? Do probiotics contribute to the processing of nutrients and therefore have an impact on cravings? Because of the complexities of the human digestive system, it is almost impossible to compare a fruit fly gut to a human gut. But, because some basic research has been able to identify pathways of communication between the gut and brain, this leads us to think that there is a greater connection that our “gut feeling” has only just touched upon.