Many people want to lose weight or change their diet in order to feel better and look better. One such diet that has been previously followed by most is a low-fat diet. However, I have seen so many patients with increased health risks because of following this particular way of eating. Immune dysfunction, heart disease, type 2 diabetes, blood sugar issues, autoimmune conditions and chronic inflammation have all been associated with low-fat diets. 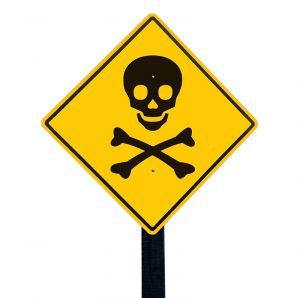 Jennifer Fitzgibbon, a dietitian at the Stony Brook Hospital Cancer Center in New York, puts it best. “If you eliminate fat too much, it can have serious health consequences.” Depression and vitamin deficiencies have been seen in people on low-fat diets. The reason for the deficiencies is that vitamins A, D, E, and K are stored in fat, and without that fat, the body cannot absorb those vitamins. All of these vitamins are extremely important for everyone.

The vitamin deficiencies that can be caused by having a low-fat diet can have serious negative consequences. Vitamin D helps in the absorption of calcium and makes sure that bones do not break down. People that have a lack of vitamin D due to this diet tend to suffer from brittle bones and poor immune health, not to mention decreased brain function because of a lack of necessary fat for mitocondria. A lack of vitamin A makes it difficult for people to fight infections, and it can have serious consequences during and post pregnancy. Vitamin E deficiency will affect an immune system and heart, while low levels of vitamin K will once again lead to osteoporosis and possible clotting issues.

The low-fat diet craze also caused a decrease in several micronutrients, leading to deficiencies that can cause an increase in Alzheimer’s, dementia and chronic conditions such as, Multiple Sclerosis. A study published in the Journal of the International Society of Sports Nutrition stated that low-fat diets do not cover all of the necessary micronutrients, and deficiencies will rise in individuals continuing on them. The lack of those micronutrients, such as zinc, iron, potassium, magnesium among others, can lead to major health problems. Cardiovascular issues have increased, and in order to meet the necessary micronutrient levels, a person would have to increase their caloric intake to such an extreme that obesity, diabetes, and inflammation would occur.

While a lack of fat can lead to vitamin and micronutrient deficiencies, there are even more serious side effects that have been studied stemming from a low-fat diet. The Lancet Study showed stark problems for people who had cut back too much on fat. The research team from Canada tracked eating patterns and length of lives of 135,000 people in 18 different countries. The findings broke down the low-fat diets and the normal diets into groups based on what type of fat was cut out, while also having a general finding. Results were not good for the low-fat diets.

Those that cut out fat by substituting it with more carbohydrates – especially those provided just from sugar – saw their chance of an early death raised by 28 percent. Those that focused just on saturated fats had an increase of 13 percent in early death. However, the Lancet Study showed that people that ate high levels of all fats cut the mortality rate by nearly one-quarter (23 percent).

Low-fat diets are not worth the risk. I have always advocated for higher fat diets, as I have seen so many of my patients conditions improve on them. Do not fear fat, it is will only keep you lean, healthy and strong in the long run.