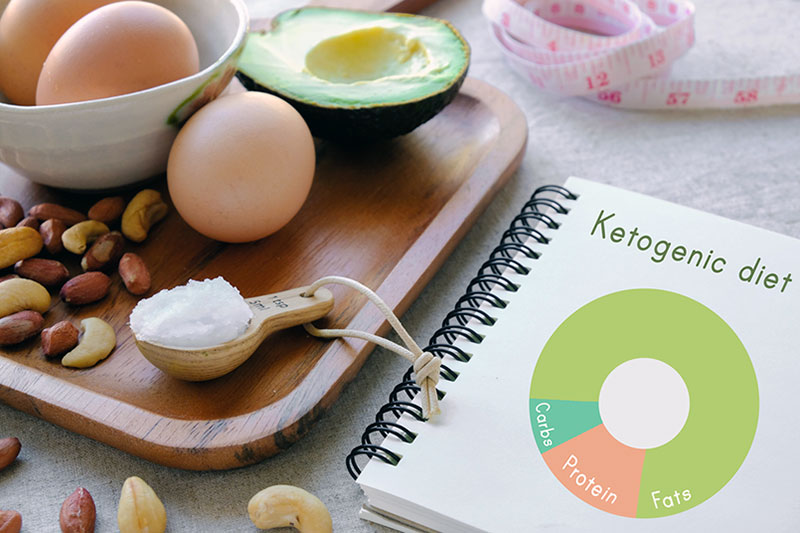 There are many different ways that people have tried in order to deal with anxiety disorders and other issues involving the brain. Some resort to medication, while others offer dietary changes that can help affect what goes on inside the brain. One such diet that I have been recommending for many years is the ketogenic diet. I have seen a plethora of impressive results in patients dealing with anxiety, as well as helping with mood stabilization.

To start, it is important to understand what a ketone is. A ketone is a substance that is used by the cells for fuel. The body converts fat into the ketones in order to keep the body working at optimal levels. However, this is a healthier way of fueling the body as you are not using sugar as the main source of fuel. This is just one reason a ketogenic diet is so helpful. Humans need fuel to operate, and most of the time, sugar is that fuel. But the brain prefers ketones over sugar for energy. Ketones can be used for two-thirds of all energy that a brain will need to work, with sugar being the final-third. That balance is essential. While a very small amount of sugar is important to avoid hypoglycemia, too much produces harmful waste near the brain. With less sugar (and more ketones), the brain faces less interruption, meaning it works better.

Ketones assist in people having higher levels of serotonin, which affects happiness. Ketones help promote the growth of more neurons in the brain. With more neurons, synapses (communication) between the neurons happen more quickly and more often. It allows for more serotonin to be secreted, putting people in better moods. Glutamate and GABA are two neurotransmitters inside the brain that are directly affected by ketones. Glutamate and GABA work hand in hand in the process of anxiety and other types of problems that may occur in the brain. Glutamate is a neurotransmitter that excites parts of the brain. Too much glutamate has been seen in people dealing with anxiety. It also leads to neurons being damaged, which can cause migraines, seizures, and headaches.

Glutamate converts to GABA in the brain when important nutrients are present. That conversion is more effective when positive levels of ketones are present. GABA is a neurotransmitter that helps inhibit parts of the brain, calming down the problems that glutamate present. That is why the ketogenic diet is so important. Ketogenic diets have been proven to help limit seizures in patients with epilepsy. The GABA produced by the diet has also helped bring people to a more balanced mental state.

These are the benefits of a ketogenic diet on the mood and mental well-being on a person. It is important to note that a person must reach a state of ketosis (fully adapt to using ketones as the primary energy source) in order to feel this well. People who have not adapted will face some of the same problems that the diet is trying to fight. That is why it is important to have plenty of avocados, coconut oil, grass-fed butter, olives, and olive oil in your diet. These foods will not only help you reach a state of ketosis. They will help you function better mentally, as well.