Soufflés are beautiful additions to your dinners. If you want to be a notable chef, you have to know how to make soufflés. They are classy and impressive and taste wonderful too. Cinnamon is the key to making this wonderful soufflé. Find the best quality cinnamon you can find and select the one with the richest flavor. It is best to grate the cinnamon yourself on your microplane. 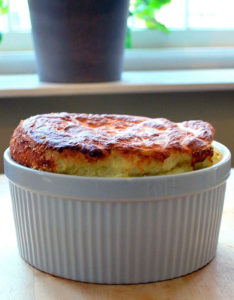 2. Beat egg whites. In a stand mixer, beat egg whites until still, then fold in the egg yolk mixture. Divide among ramekins or in a large soufflé pan. Place ramekins on a baking sheet then bake until golden, brown and puffed (about 18 minutes for individuals and 45 minutes for the large one).

3. Serve immediately. Once you are in the marathon phase, add a side of raspberries.