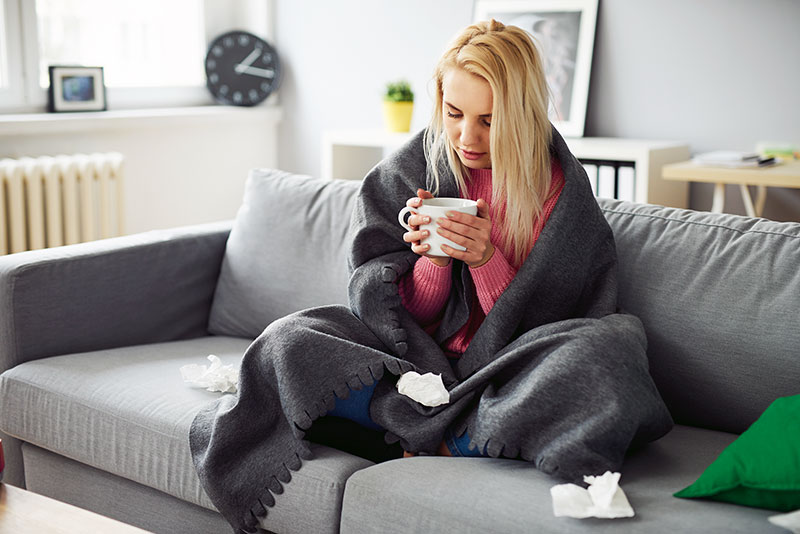 We are now in cold season, and distinguishing between a cold and allergy can be challenging for some. Both colds and allergies share similar symptoms such as:

It is therefore not unusual for there to be a lot of confusion as to the cause of the symptoms.

Colds are caused by the cold virus which has up to 100 different subtypes. Ordinarily, people contract colds from others due to contact with body secretions after coughing or sneezing. Once in the respiratory tract, the body responds by activating the immune system against the virus. Many of the symptoms of a cold infection such as congestion and itching can be explained by an immune attempt to contain the virus. Being a virus infection, a cold does not respond to antibiotics which are effective for bacteria. However, antibiotics can be used if a secondary bacterial infection has taken hold after an initial viral infection.

Unlike colds, an allergy does not involve an infectious agent such as a virus or bacteria. It involves an allergen which can be from any source. Common allergens are dust, mites, pollen, mold, animal dander, insect stings, latex, and off-course, certain foods and medicines. In the presence of an allergen, just like in a cold infection, the body mounts an immune response. Large quantities of histamine released by immune cells are responsible for most of the symptoms of allergy such as congestion, sneezing, and coughing. Much like a cold, an allergy will not respond to antibiotics, but rather, they respond to allergy drugs such as anti-histamines.

So how can we distinguish the difference between allergies and colds?

If you have a history of a specific allergen and you are exposed to it recently, your doctor may be able to make the right diagnosis. Some allergens such as pollen are seasonal, and that might be helpful as well. However, though colds tend to occur more during the cold season, they may occur any time of the year.

The presence or absence of fever is very helpful. A cold may result in a slight fever which can be picked up by feeling the sick person or by a thermometer. Except in the presence of a superimposed infection, an allergy does not raise the body temperature. Coughing up yellow or greenish phlegm points towards an infection rather than an allergy. Further, laboratory tests looking at the composition of white blood cells can also help differentiate the two.

At the Salerno Center, we are always ready to answer any questions you may have about your symptoms including the including the possibility of supplements that may help you ward off colds.