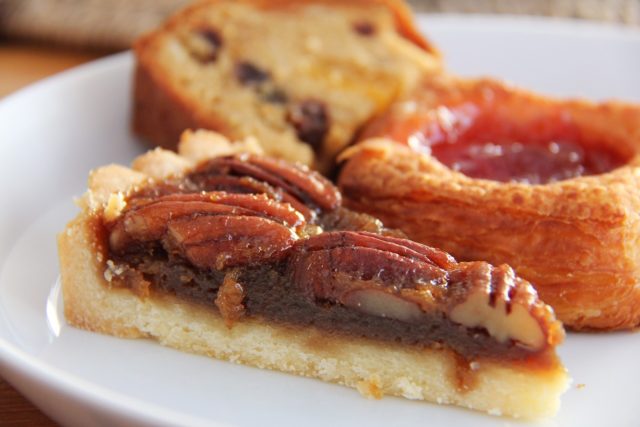 During the fall, we tend to put more on. We put on more layers of clothing as the temperatures drop, and we even manage to put more on our plate – in more ways than one. With school back in season and the holidays among us, our lives can become busier and more hectic. We also tend to put more on our plate, literally, as the colder temperatures force more people indoors, limiting their ability to participate in physical activities. Also, with the holidays around the corner, that means the return of decadent food and lots of it. Unfortunately, many fall foods are frighteningly fattening, but so hard to resist. However, if you know which of the fall foods that are considered to be a “diet-spoiler,” you can help lower your chances of coming down with a case of holiday weight gain.

If you want to make it through the rest of the fall season without packing on the pounds, learn which of the fall foods you need to limit or avoid.

• Avoid casseroles that take a super-nutritious root vegetable and turn them into a calorie-laden dish. A roasted sweet potato is delicious on its own. If you want to watch your waistline, avoid eating any root vegetables that are fried or topped with sugar, cream, cheese, bacon, or butter.

• Pies such as pecan, pumpkin, apple, and sweet potato pies are a holiday staple, but unfortunately, they are often filled with low-quality, high-calorie ingredients. However, since it is the holidays, enjoy a piece of the pie, just make sure you only serve yourself a sliver and avoid the crust.

• Besides the many appetizing pies on the menu, desserts such as cheesecake and bread pudding also frequent the holiday scene. Avoid these desserts or only limit yourself to a small amount. However, ensuring that the ingredients are natural, simple, and are of high-quality never hurts. Healthier ingredients can always be added in, so make sure you bring some black bean brownies to the table.

• Stuffing is a common sight on the holiday table, especially around Thanksgiving. However, many versions contain high-fat ingredients, so you will want to limit your consumption. Especially if you like to add gravy to the mix, then the calories can really add up. Instead, aim for stuffing that is low-fat, keep your portion size small, and avoid smothering your food in gravy.

• While you may love the fact that pumpkin spice lattes have returned, curbing your addiction to seasonal beverages can have a positive impact on your waistline. Apple cider, hot chocolate, lattes, and eggnog make it easy to pack on additional calories without affecting your appetite. Avoid or limit your consumption of these drinks, and reach for some green tea instead. It can help keep you relaxed during this hectic holiday season.